Without sensible water prices, industry has no incentive to innovate and conserve.

Industrial users are not paying enough for water. The same goes for farmers, commercial businesses, municipal residents — and every other user group.

The way we price water in the United States may have made sense historically when water was abundant, but it makes no sense in the 21st century. It undermines our water security, creates a tragedy of the commons problem and impedes access to water for new and expanding businesses. Ironically, it drives up the cost of water, as water suppliers chase innovative but expensive alternatives to diverting surface water and pumping groundwater.

In the United States, we take water for granted because we enjoy the cheapest water rates in the world, excepting only Canada. When homeowners or apartment dwellers turns on the tap, out comes as much water as they want for less than they pays for cell phone service or cable television.

The truth is that no one pays for water. We pay only for the cost of service. If a residential, commercial or industrial user gets water from a municipal water department or from a private utility regulated by the state public utility commission, the money paid for water merely offsets the expenses incurred by the water provider to deliver it.

Most industries “self supply” water, meaning that they get water from a nearby river or from a groundwater well. In these situations, the companies directly pay the costs to divert, pump, treat and dispose of the water they use. But whether the water is self supplied or provided, there is no commodity charge for the water.

Even worse, for some domestic, agricultural and industrial users, there are no meters to measure their water consumption. Users pay a flat fee, often at a deep discount to the replacement cost of the water they consume. And some cities use decreasing block rates, with the price paid per unit of water declining as consumption increases. These pricing practices obviously incentivize wasteful consumption.

Even though water rates have not provided industrial users an incentive to conserve, industrial water use has declined significantly. Use fell by 12 percent in the five years leading up to 2010, according to the latest report by the U.S. Geological Survey. One driver behind this reduction was the Great Recession, which resulted in lower industrial production.

But industry also achieved greater efficiencies in industrial processes and placed more emphasis on water reuse and recycling. These two factors reflected, in part, efforts to reduce the costs of regulatory compliance. Mandates under the Clean Water Act, for example, have incentivized utilities and other businesses to devise ways to use less water which, in turn, means the companies have less water they need to treat onsite in order to comply with their federal permits.

The same phenomenon has occurred in the residential sector. E.P.A. standards for appliances from toilets to showerheads are gradually reducing the water used in homes and apartments. Government rules and regulations have played a significant role in reducing industrial and municipal water use.

Still, our water supplies are under stress. Population growth is a major factor, as is internal migration. People continue to move in the United States from where the water is to where it isn’t. As the impact of climate change becomes increasingly obvious, it becomes a national priority to mitigate the risks of water shortages.

The optimal tool in water suppliers’ portfolios of policy alternatives is to price water sensibly. Let’s create a life-line rate to protect access to water for basic needs and tiered rates for uses above that threshold. Not only would higher water rates encourage consumers, farmers and industry to conserve water, they would also unleash the creative impulse to drive innovations in water management, measurement and infrastructure.

As I travel around the United States, I often meet engineers and inventors who have built better water mousetraps. Their devices work. But what is so sad is that virtually none of these individuals has a viable business plan. The price of water is so low that homeowners, farmers and industrial users have little incentive to adopt new technologies.

Sitting on the shelf in labs around the world are drawings and models just waiting to be rolled out for commercial adoption. What is needed to bring these inventions and technologies to market are the right price signals. 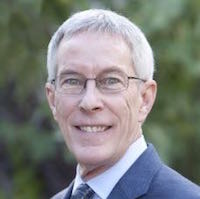 Robert Glennon is Regents’ Professor and Morris K. Udall Professor of Law and Public Policy at the University of Arizona. His books include: “Unquenchable: America’s Water Crisis and What To Do About It.”

All views expressed are those of the author.

Western Water, LLC is an alternative water resource company located in the Southern United States. We specialize in the sale and transfer of water rights, bringing new technologies for water treatment. We are one of the leading companies in the state regarding the formation of partnerships in complicated water and power relationships.

Western Water forms partnerships which are economical and capable of producing real results in the water industry. These partnerships combine experience, financing and utilization repurposing water to highest and best use.